Statoil Adds Wenche Agerup to its Board 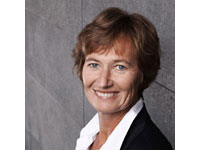 In a meeting in the Corporate Assembly of Statoil ASA on 20 August 2015 Wenche Agerup was elected as a new member of Statoil's board of directors.

Wenche Agerup was the Executive Vice President for Corporate Staffs and the General Counsel of Norsk Hydro ASA from 2010 to 31 December 2014. She has held various executive roles in Hydro since 1997, including within the company’s M&A-activities, the business area Alumina, Bauxite and Energy, as a plant manager at Hydro’s metal plant in Ardal and as a project director for a Joint Venture in Australia where Hydro cooperated with the Australian listed company UMC. Through her work in Hydro, Agerup has developed a significant business and strategic competence. Agerup is currently a board member in Oslo Bors Holding VPS ASA/Oslo Bors ASA (the Oslo Stock Exchange) and the seismic company TGS, and has competence and experience within corporate governance.

The election enters into effect from 21 August 2015 and until the ordinary election of shareholder-elected members to the board of directors in 2016. Agerup was elected in accordance with the proposal from the nomination committee.