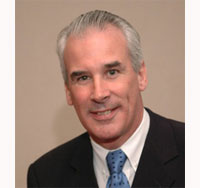 Yokogawa Electric Corporation announces that Dr. Maurice J. Wilkins of Yokogawa Corporation of America has received the ISA Standards & Practices Department Award for 2015 for his leadership in the development of ISA101.01, Human Machine Interface (HMI) for Process Automation Systems. ISA101.01 is ISA's first HMI standard and it has recently been approved as an American National Standard (ANSI).

Dr. Wilkins has worked as one of the co-chairs of the ISA101 committee that was formed in 2006 by HMI end-users, suppliers, integrators, and developers and he helped to guide the work on this long-awaited HMI standard. The committee defined the standard terminology and then defined a lifecycle process including several stages such as system standards, design, implementation, operation, maintenance and documentation of HMIs.

"It was a long road to develop the standard. As always with HMIs, people had different opinions and it was very challenging. In fact, the committee issued several drafts and revisions and received thousands of comments. Finally, all the effort was worthwhile and the standard met expectations and was approved," said Dr. Wilkins.