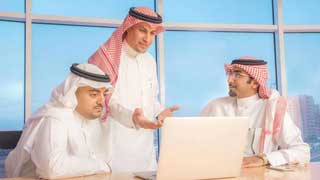 McDermott International, Inc. has opened a new office in Al Khobar, Saudi Arabia, with the ability to add 300 staff to its existing workforce in the Kingdom. The new office expands McDermott’s engineering capacity in the region and will enhance its offering in Saudi Arabia.

“The opening of our new office further solidifies our leadership in the area and our commitment to Saudi Arabia,” said Linh Austin, Vice President, Middle East and Caspian. “This new office expands our current capability in Kingdom and for the region and increases support to our customers, particularly in brownfield work.”

“This is just one of several initiatives demonstrating McDermott's continued commitment to the Saudi market and the In-Kingdom Total Value Add (IKTVA) Program,” added Austin.

McDermott has an extensive history of executing complex EPCI projects offshore Saudi Arabia and is committed to supporting the continued growth of oil and gas production in the Kingdom. Through decades of regional experience and intimate knowledge gained of field conditions, McDermott’s Saudi operation has been established as a brownfield center of excellence.