Mr. Harib Al Kitani joined Oman LNG as CEO on 1st August, 2012. He comes with a rich experience and a strong background in the LNG business having first worked at Oman LNG as Deputy Manager, Marketing, in 1995. He soon became the company’s Marketing and Shipping Manager, strengthening its position in key markets of Korea and Japan and initiating Oman LNG’s cargo swapping and diversion with different parties in the global liquefied natural gas trade. Thus bringing more value to its shareholders.

Al Kitani was later moved to Shell International in London, where for three years he worked in various positions including LNG Global Business Adviser and Manager of Suape project in Brazil. Prior to re-joining Oman LNG, he had held the position of President and CEO of Qalhat LNG since October 2004. There, he successfully led the company to become an internationally recognised brand with many achievements. 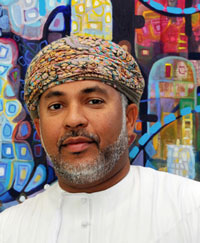